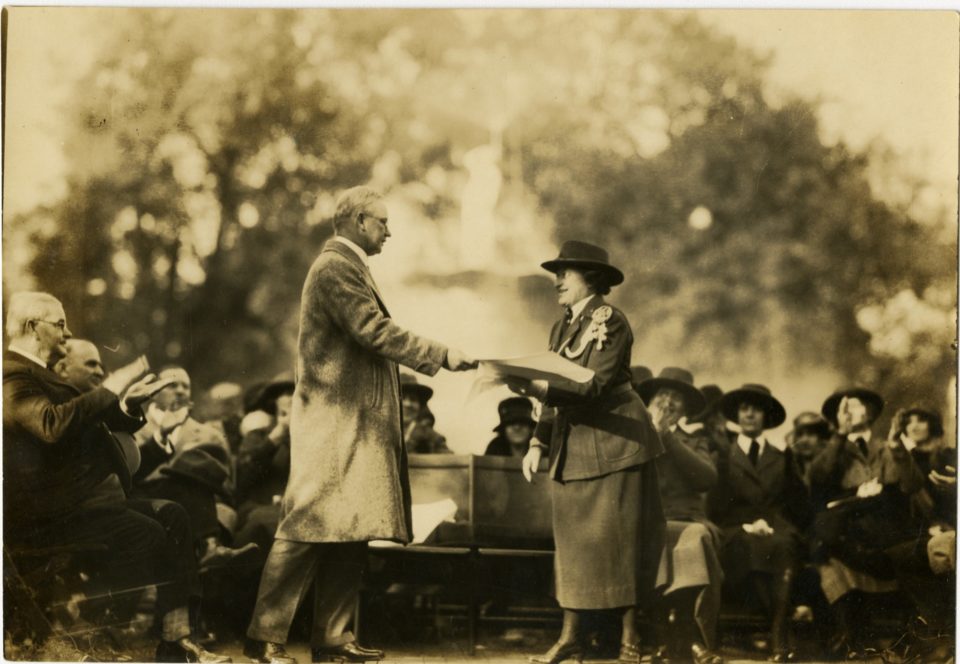 As a young adult, Low battled chronic ear infections and injuries that left her with impaired hearing. The death of her sister Sarah Alice in 1880 was a great blow to the entire family.  She was married in 1886 to William Mackay Low, but the marriage was ultimately an unhappy one and her husband was in the process of obtaining a divorce when he died in 1905.

Throughout her life, Juliette had become notorious for starting new projects but neglecting to finish them. It was not until 1911, when Low met Sir Robert Baden Powell—founder of the Boy Scouts and Girl Guides—in Britain that she found a lasting interest. Something about her latest passion stuck as she began and led her own troop of Girl Guides in Scotland. Low returned to Savannah in 1912 where she established the American Girl Guides, later renaming it the Girl Scouts. In 1913, Low began touring America and England to found troops, establish camps, and change the lives of young girls.

Unfortunately, Low faced more difficulties in her late life. In 1923, Low developed cancer. She kept it secret from friends and family and carried on with business as usual. In 1926, she hosted the fourth World Camp, one of her greatest dreams, at Camp Edith Macy in New York, despite being in great pain. After this, on January 17, 1927, she lost her fight with breast cancer in her Savannah home, surrounded by friends and family.

Juliette Gordon Low’s personal tragedies make her accomplishments all the more inspiring. For that reason and many more, she is a Georgia History Festival featured historical figure this year. To learn more about Juliette Gordon Low or to find teaching resources for the classroom, explore the resources below.

From the GHS Collection: