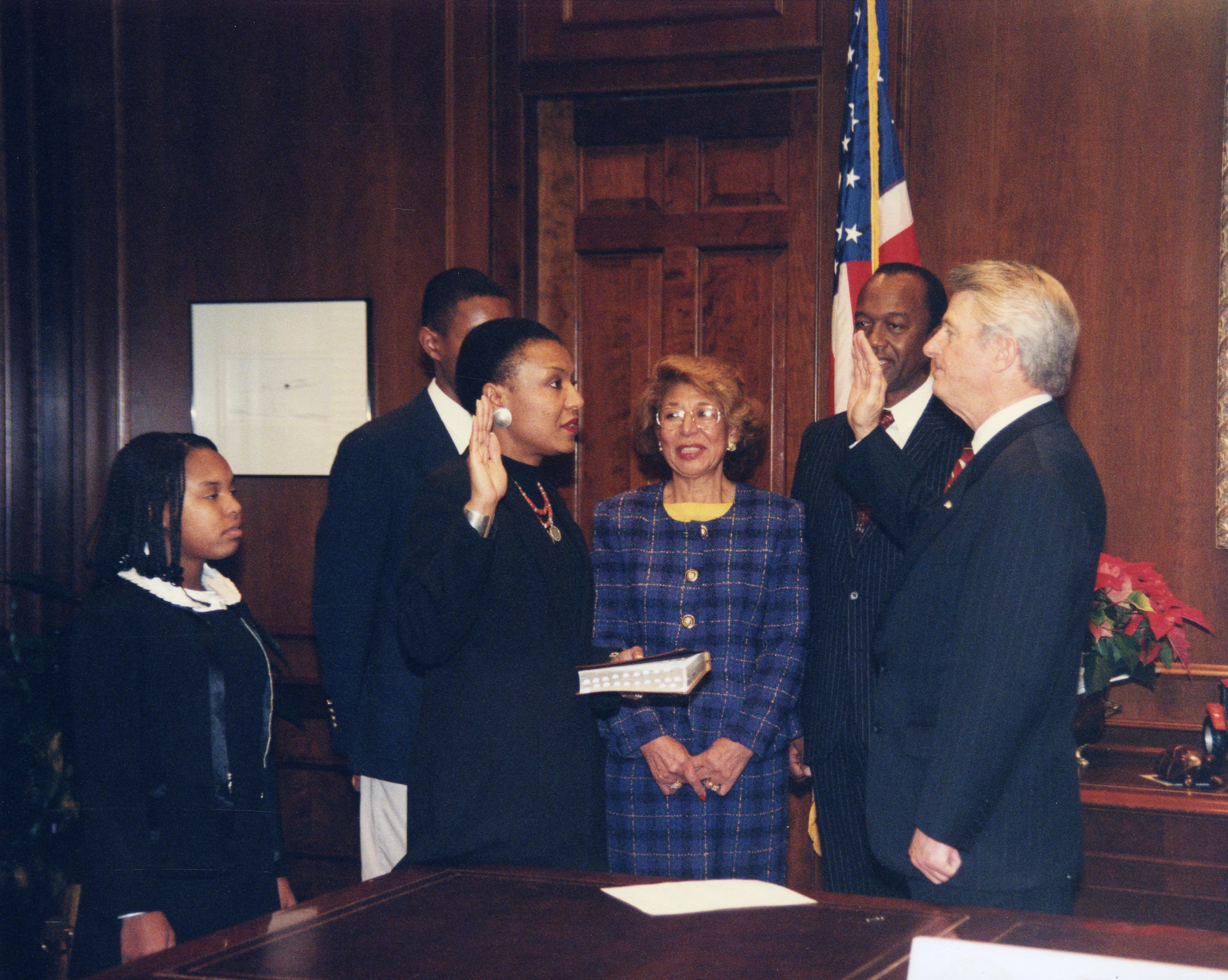 The Supreme Court of Georgia welcomed its first female justice in 1992, Leah Ward Sears. She was the youngest justice ever to serve at that time and went on to become the first African-American female Chief Justice of a state supreme court in 2005. For these reasons, Leah Ward Sears (b. 1955) and her papers, housed in the Georgia Historical Society’s archives, are the focus of this Profiles in Leadership.

After she graduated from Cornell University, Leah Ward Sears came to Atlanta and received a law degree from Emory University in 1980. By 1985, she was a full-time judge in the City Court of Atlanta–Georgia’s largest court system. Just 30 years old, she was the youngest judge in Atlanta’s history. In 1988, she joined the Fulton County Superior Court, where she was the youngest member to sit on a superior court in Georgia.

When an interim position opened on the Supreme Court of Georgia in 1992, Governor Zell Miller interviewed accomplished candidates to fill the spot. In the end, he selected Justice Sears. Her youth, gender, and work experience brought diversity to the court.

After thirteen years of service, Sears’s peers elected her as Chief Justice of the Supreme Court of Georgia. At the swearing-in ceremony, Justice Sears became the first African-American female to achieve this title. Her duties included taking over administrative tasks for the court, and she did so until 2009. As Chief Justice, Sears gained a reputation for upholding an independent judiciary and the rule of law.

Later in her career, Sears donated many documents to the Georgia Historical Society, which now houses in its archives her various photographs, election campaign materials, speeches, and letters. To discover more about Leah Ward Sears, search the archives.