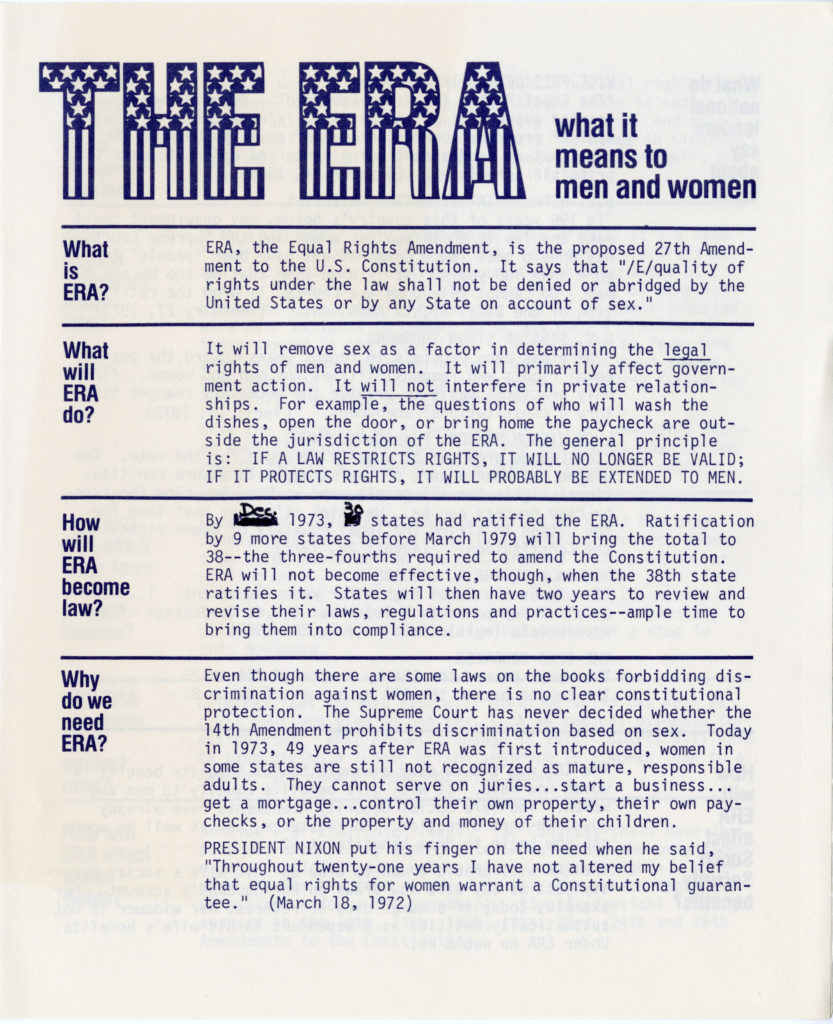 This month we continue our exploration of the Georgia History Festival theme, “United States Constitution: Ensuring Liberty and Justice for All,” with a look at collection items that relate to amendments to the Constitution.

“THE ERA: what it means to men and women” pamphlet, National Organization for Women, Savannah Chapter records, MS 2179

This pamphlet, published by the League of Woman Voters of the United States, was designed to educate voters on the Equal Rights Amendment (ERA). The ERA was a proposed 27th amendment to the U.S. Constitution, which ensured that rights could not be denied based on sex. Though the amendment was passed by Congress in 1972, it did so with a clause that it must be ratified by the Constitutionally-required majority of states within seven years (later extended to ten). Because it did not gain this approval from the necessary 38 states at the end of this period, the amendment failed to become law. While over 30 states had ratified, which is a majority, the amendment did not achieve the three-fourths required for a Constitutional amendment. Interestingly, while never ratified by Georgia, two states (Illinois and Nevada) have ratified the ERA within the last two years, so despite failing to be ratified by 1982, the amendment is seeing renewed interest over 45 years later.