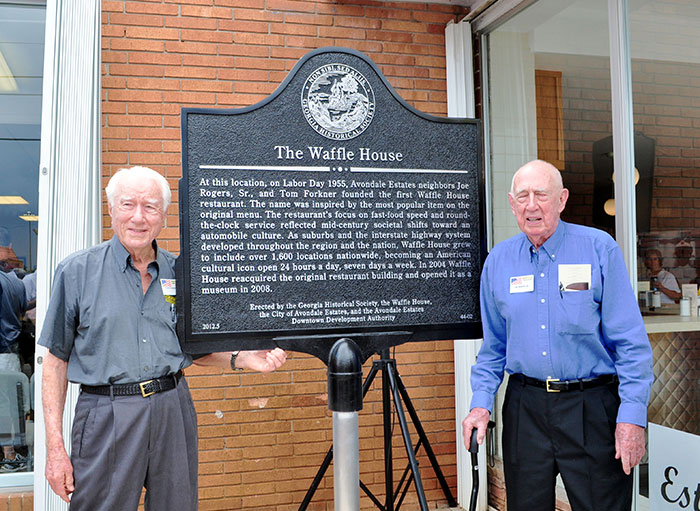 The 2017-2018 Georgia History Festival theme “A Legacy of Leadership,” will explore three centuries of leadership in Georgia from the founding to today. Over the coming months, we will explore through regular blog posts specific individuals, organizations, and groups whose leadership has helped shape Georgia history.  These Profiles in Leadership will examine the triumphs and challenges faced by generations of Georgians and highlight new and existing resources available through the Georgia Historical Society.

Our first post of this series recalls the founding and evolution of Waffle House, Georgia’s iconic restaurant, by Georgia entrepreneurs Joe Rogers, Sr. and Tom Forkner. 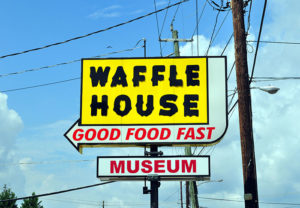 Joe Rogers, Sr. met Tom Forkner when he bought a house from the then-realtor in 1949. The two became next door neighbors and friends. Rogers worked at the local Toddle House, and he dreamed of owning his own restaurant. Over many meals, Rogers told Forkner about his hopes. Soon, the two dreamed about the business together.

Eventually, Rogers told Forkner that if he could supply a building, Rogers could show him how to make a successful restaurant out of it. On Labor Day of 1955, they opened the first Waffle House in Avondale Estates in Dekalb County. Rogers served the customers and Forkner managed the business. The duo’s strengths were complementary and the historical timing was just right. The restaurant’s fast and friendly service appealed to the era’s increased automobile traffic and the business grew as modern highway systems expanded throughout the region. 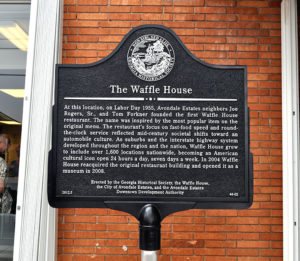 Waffle House has undoubtedly shaped the history of Georgia both economically and culturally over the last 62 years. With over 1,500 restaurants, the yellow signs, jukebox, and iconic layout are nationally famous. In fact, the corporation repurposed its first diner, which opened as a museum in 2008. In 2012, the site received a Georgia historical marker. Rogers and Forkner actively led the company until the 1970s and continued to be involved through the 2000s. Both Rogers and Forkner passed away in early 2017, leaving behind a legacy of leadership and friendship.