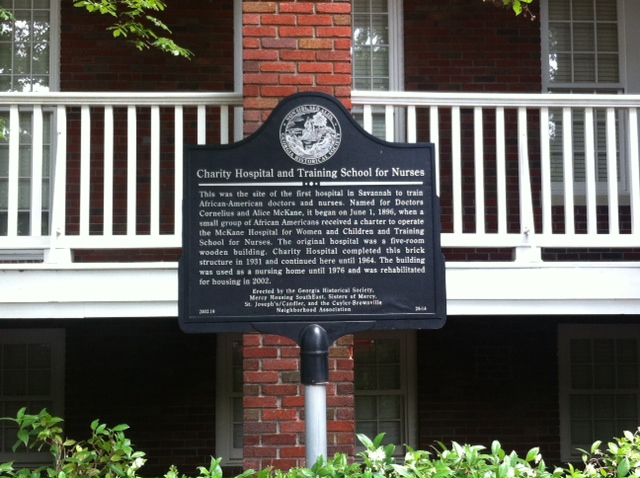 This installment of our Profiles in Leadership series is dedicated to Dr. Alice Woodby McKane (1865-1948). After graduating from Women’s Medical College of Pennsylvania, Dr. McKane became the first female African-American physician in Georgia, where she played an important role in its medical field. She was an attentive, passionate physician and educator. With those characteristics, she expanded medical care to Georgians who desperately needed it.

In 1893, Dr. McKane met and married another physician, Dr. Cornelius McKane, who lived in Savannah. After moving to Savannah from Augusta, Alice noticed the local African-American community lacked adequate medical care due to an absence of trained physicians. In response, Dr. McKane used her experience in education to develop a school, rather than a practice of her own. By September 1893, the couple opened the McKane Training School for Nurses, the first of its kind in southeast Georgia. In 1896, they expanded their reach by founding the McKane Hospital for Women and Children, later renamed Charity Hospital and Training School for Nurses.

Dr. Cornelius McKane worked in Liberia prior to his marriage and the McKanes moved there in 1895. While there, they established a teaching hospital in Monrovia similar to the one in Savannah. It became the nation’s first hospital. The American government recognized the pioneering work and appointed Dr. Alice McKane the medical examiner for African-American veterans who moved to Liberia.

Despite being one of the only African-American women in her field, Alice persevered and worked to expand opportunities both for professional medical training, and also for community healthcare. She was attentive to the needs of the community, rather than the advancement her own practice. In the process, her passion attracted other leaders to her, like Cornelius, and in turn they expanded and enhanced the healthcare profession throughout their lives. To learn more about Dr. Alice McKane, explore the resources below.