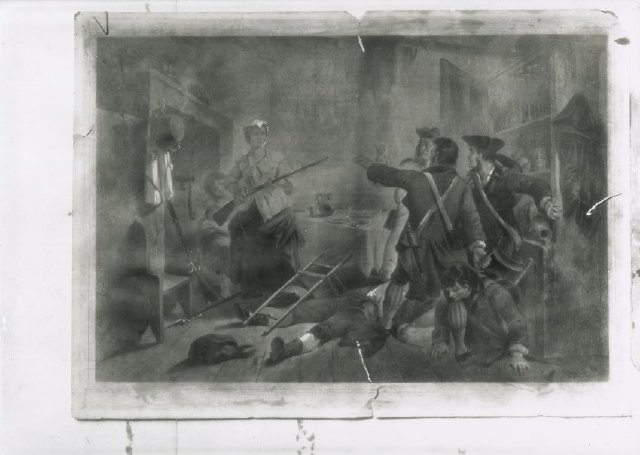 In this drawing, Nancy Hart is portrayed staunchly defending her family and home from British soldiers. Hart (1775-1783) has been popularized as one of Georgia’s most influential female participants of the Revolutionary War. She is most renowned for her fight against Tories, Loyalists, and British sympathizers who invaded the Broad River frontier where she lived. During the Revolutionary War, those who remained loyal to England were labeled “Tories” or “Loyalists.” Hart was dedicated to defending her home from the British. She spied on British military camps and passed information on to Patriot authorities. Stories of her exploits have become mythologized over time as she supposedly disguised herself as a man and wandered into Tory camps to gather information. Nancy Hart, a devout Patriot, contributed to the Revolutionary War effort by protecting her homestead and local community.