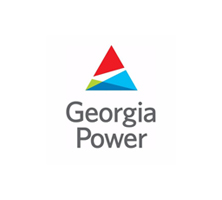 In 1902, Preston S. Arkwright became the first president of the Georgia Power Company, which at the time was called the Georgia Railway & Electric Company. Arkwright was a seminal figure in the company’s history, as he both reshaped the company’s mission and boosted its ambition.

At the 1927 National Electric Light Association Convention, Arkwright proclaimed,“When and where we go, we build. We construct works of permanent character that can never be moved away. Our first act on arrival constitutes a declaration that we have selected that particular place in which to become a citizen, not just for an hour, not just a day, but always.”

This declaration exemplifies the corporate citizenship Arkwright fervently sought that remains the mission of Georgia Power today to be “A citizen wherever we serve.”

Arkwright guided the company’s transition to hydroelectric power, brokering deals for the company for plants at Morgan Falls and Tallulah Falls. The plant at Morgan Falls was the first to transform flowing water from the Chattahoochee River into a usable power source for Atlanta’s residents.

The company survived the Great Depression and the accompanying economic calamity by adding the sale of electrical appliances to their business model. Georgia Power also lived on through the struggles of the 1960s and ‘70s brought about by the oil embargo and high inflation rates.

The Georgia Historical Society is grateful to have Georgia Power as a decennial sponsor of the 2018 Georgia History Festival and as primary sponsor of the annual Georgia Day Parade. W. Paul Bowers, the Chairman, President, and CEO of Georgia Power, was inducted alongside Delta Air Lines President Ed Bastian as a Georgia Trustee at the 2018 Trustees Gala “A Royal Intent” on February 17, 2018.