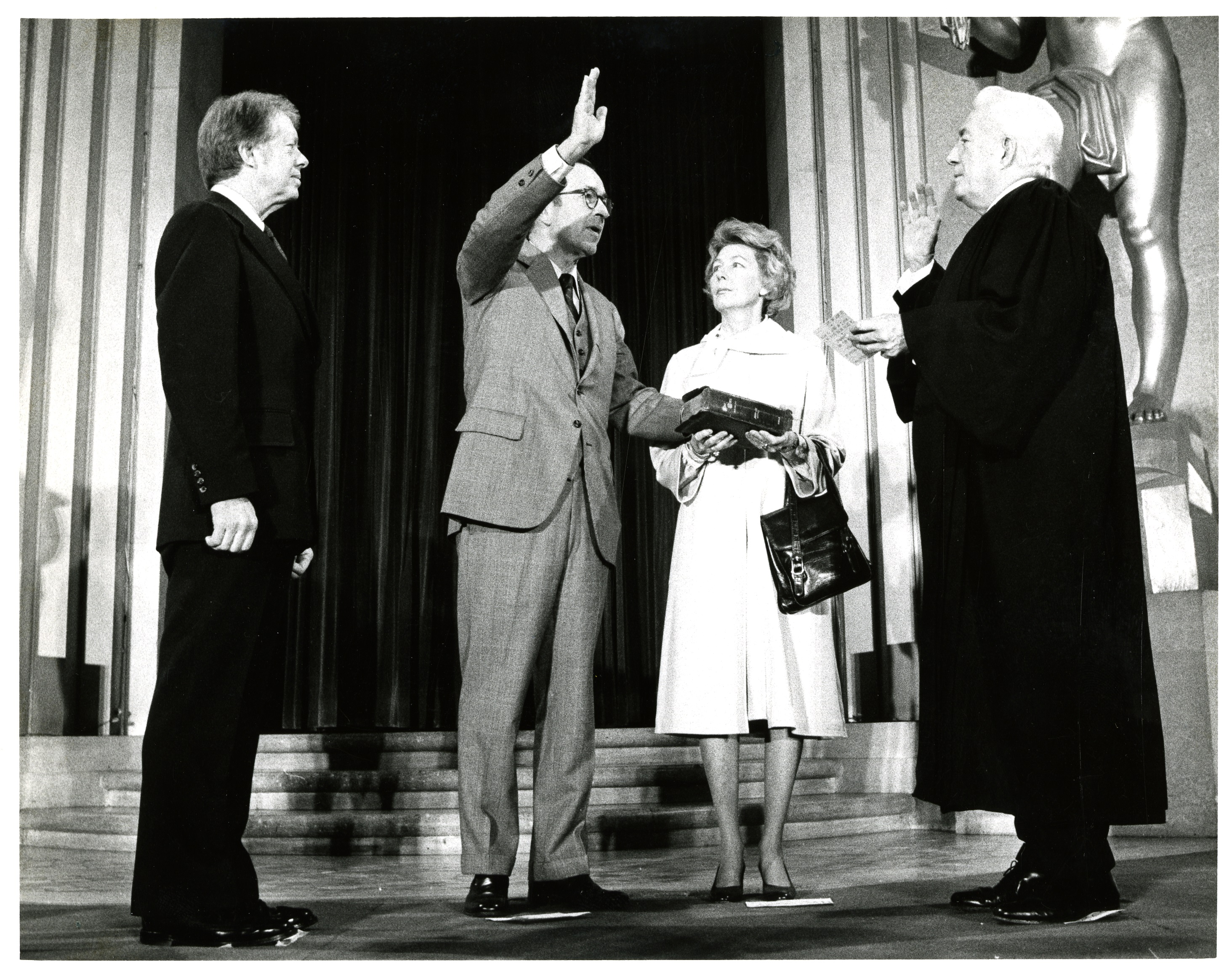 Article II of the Constitution establishes the Executive Branch, creating the office of the President of the United States. As chief executive, the President is often considered the face of the nation. At times this leads to public criticism of the President and open discussion about their policies and behavior, both politically and personally. Historically, one of the main forms of public criticism has been political cartoons. Political cartoons are drawn by professional artists and published in newspapers. They have been used to criticize political figures while also being satirical, and attempt to sway public opinion.

At the Georgia Historical Society, the Research Center houses collections of political cartoons. The Griffin Bell Collection contains many cartoons concerning President Jimmy Carter’s, administration.  In 1977, at the beginning of his presidency, Carter appointed Griffin Bell as the 72nd Attorney General of the United States. Previously, Bell was a federal judge appointed by President Kennedy, and throughout the 1960s he supervised desegregation in schools. Bell’s moderate stance on desegregation in Georgia was heavily criticized by the NAACP and other civil rights organizations. Political cartoons throughout the nation showed how the public questioned Carter’s judgement and Bell’s appointment.

Today, more Americans use the internet as an outlet for political discussion and debate. Whether through social media, blogs, or memes, United States citizens discuss and share their distaste or approval of policies and politicians openly. A plethora of avenues are available to Americans online to publicize their political opinions. These outlets allow anyone, not just professional cartoonists, to express their points of view to wider audiences, especially in the days of waning print readership.

GHS is proud to house the Jimmy Carter presidential election clippings and memorabilia and the Griffin Bell Papers, which includes political cartoons and newspaper clippings related to Jimmy Carter’s presidency and Bell’s appointment as Attorney General. This includes Scrapbook of clippings on Griffin B. Bell, regarding his appointment by President Carter, FBI cases, and “Koreagate”.

To learn more about Griffin Bell and Jimmy Carter, explore the links below.