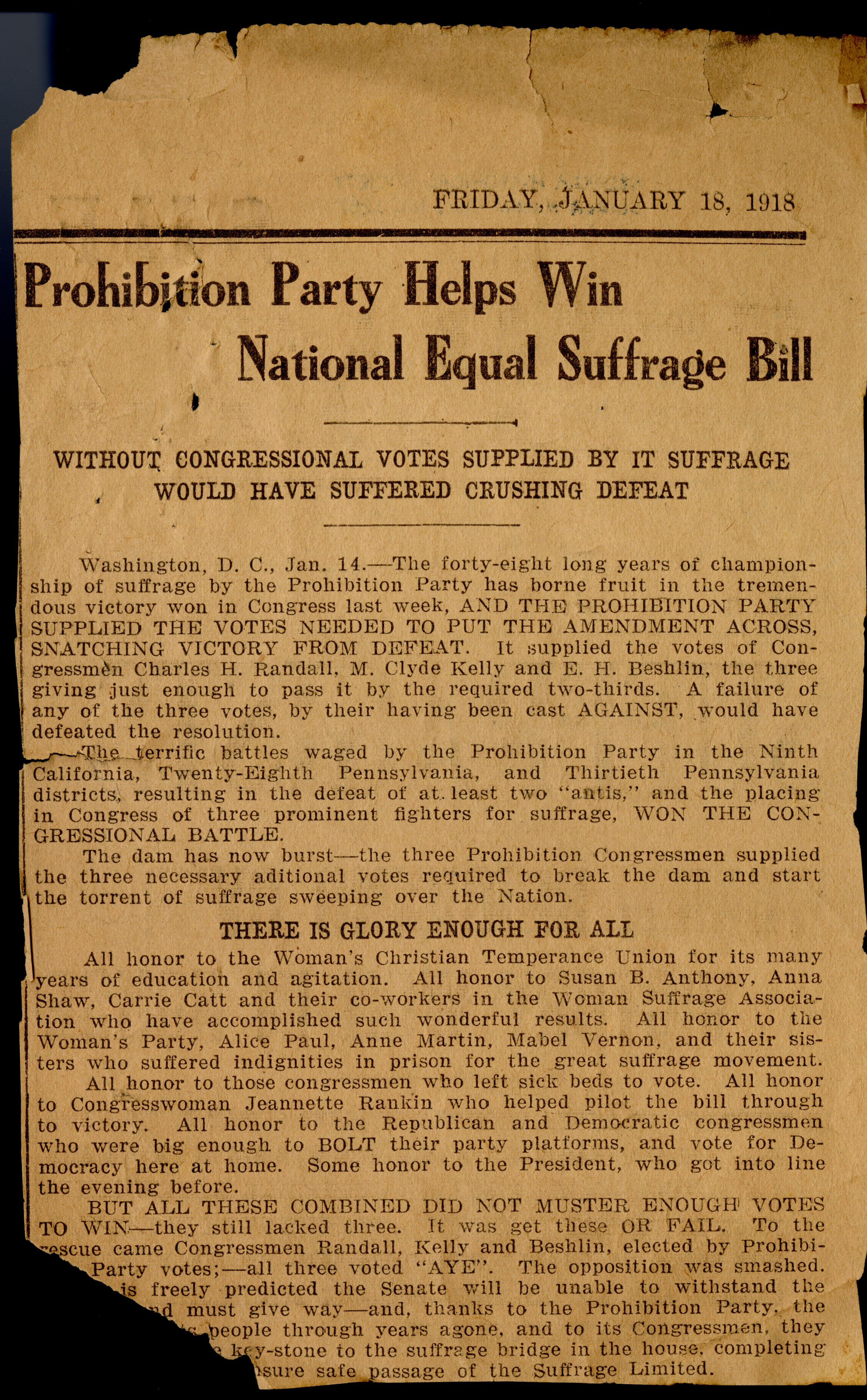 This handbill, published by the Prohibition Party in 1918, showcases the relationship between the temperance movement and the women’s suffrage movement, both of which heavily influenced the Progressive Era, a period characterized by dynamic social change in America.

The Prohibition Party formed in 1869 and gave the temperance movement—the effort to ban the sale and consumption of alcohol–a political platform. The temperance movement culminated in the passage of the 18th Amendment, which prohibited the sale of intoxicating liquors in the United States and was later repealed by the 21st Amendment.

The Women’s Christian Temperance Union (WCTU) was established in 1873 as a national temperance organization. However, banning the sale and consumption of alcohol was not its only objective.  Leadership of the WCTU worked closely with leaders in the Prohibition Party, both men and women, to fight for women’s suffrage. According to this handbill, in 1918 three congressmen in the Prohibition Party voted in favor of the 19th Amendment, narrowing the gap needed for its passage in the US House of Representatives.