GHS welcomes Georgia educators to Hodgson Hall for an overview of Constitution Day activities, including an introduction to GHS online resources, a lecture on Abraham Baldwin by Dr. Stan Deaton, and distribution of Constitution-related materials to teachers for their use in classrooms across the state.

One of the great treasures in the Georgia Historical Society collection is Abraham Baldwin’s draft copy of the U.S. Constitution. One of only about twelve draft copies remaining, this document provides special insight into the creation of our nation’s founding and includes Baldwin’s margin notes and comments. Visitors the Georgia Historical Society Research Center on Constitution Day 2015 view this unique copy of the Constitution and get up close and personal with other one-of-a-kind materials that tell the story of Georgia’s role in the founding of our nation.

“The Birth of the American Dream: How the Real Mad Men Changed the World”

Dr. Stan Deaton, the Dr. Elaine B. Andrews Distinguished Historian at the Georgia Historical Society, explores the extraordinary people and events – from Madison Avenue to Elvis to the Vietnam War – that created the most powerful and affluent society in history during the twenty years following World War II and forever changed the way Americans lived and their place in the world.

“The Birth of the American Dream: How the Real Mad Men Changed the World”

The Keynote lecture by Dr. Stan Deaton will be presented in Columbus, extending the Georgia History Festival’s outreach to new areas.

Audiences of all ages enjoy this popular, family-friendly annual living history program at Wormsloe State Historic Site. The event features costumed interpreters and vendors offering students and adults a taste of the excitement and adversity of life for the first settlers of colonial Georgia. Highlights include cannon and musket firing; blacksmithing, craft, and cooking demonstrations; Native American and slave life interpretations; and period music and dance.

Georgians and visitors alike experience our state’s rich history and cultural life as historic sites, house museums, art museums, and other points of interest in Savannah and throughout Georgia open their doors to the public, providing an exceptional opportunity to experience the history in our own backyard. Over sixty cultural institutions participate in this popular annual family event.

The Georgia History Festival culminates with the Trustees Gala – GHS’s premiere annual event. The 2016 Trustees Gala draws an audience of business and civic leaders from across the state of Georgia. Governor Nathan Deal joins GHS to honor and induct Jim Blanchard, civic leader and former Chairman and CEO of Synovus, and Muhtar Kent, Chairman and CEO of The Coca-Cola Company, as the 2016 Georgia Trustees. 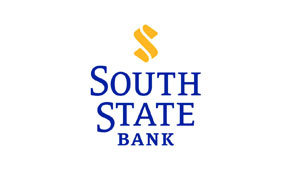 Thousands of costumed local elementary school children march behind student-made banners in commemoration of Georgia’s founding in 1733. This colorful parade of students, local dignitaries, costumed characters, musicians, and a military color guard begins at Forsyth Park and ends with a program in front of City Hall, where the mayor and other officials bring greetings and awards are presented for the annual Banner Competition.

Our resources for teachers and students contain relevant historical content, primary sources, tips for classroom instruction, fully developed lesson plans, and a resource guide for more information on the 2016 Focus of Study, “From Waffle Fries to Global Skies: How Georgia Business Created the Modern World.” Materials highlight the stories of iconic Georgia businesses in order to explore major themes in Georgia and American history, correlate to state performance standards, and are made available for free download at georgiahistoryfestival.org.

As part of the video series, Sophia’s Schoolhouse, materials from the GHS collection are featured in a series of short videos geared toward students and teachers working to develop source-based history research projects. These materials also act as the basis for online exhibits for both students and general audiences that help to expand historical content knowledge while highlighting the GHS collection.

Inspired by the online education resources, the Newspapers in Education insert is an activity-based resource made available to teacher-subscribers through the Savannah Morning News during the founding month of February. This student-focused newspaper insert includes historical information and primary source-based activities exploring the Festival Focus of Study.

GHS staff engages elementary and middle school students in an interactive program that shows them how to analyze historical advertisements in exploration of the 2016 Focus of Study.

With additional support from Walmart Foundation

GHS staff members work with teachers from all parts of Georgia to create customized field trips to the Georgia Historical Society Research Center. Utilizing interactive stations with relevant, engaging activities, these experiences introduce students to the work of historical archives and demystify the process of identifying and using historical resources.

Elementary school classes compete by creating an original banner on the Focus of Study for the 2016 Georgia History Festival, “From Waffle Fries to Global Skies: How Georgia Business Created the Modern World.” Using strategies examined in the online resources, students are encouraged to develop “advertisements” for their schools. After being reviewed and judged for their creativity and use of GHF educational resources banners are carried in the Georgia Day Parade (this year to be held on February 17, 2016). The three winning schools are announced and trophies are awarded at the City Hall Program at the end of the Parade.