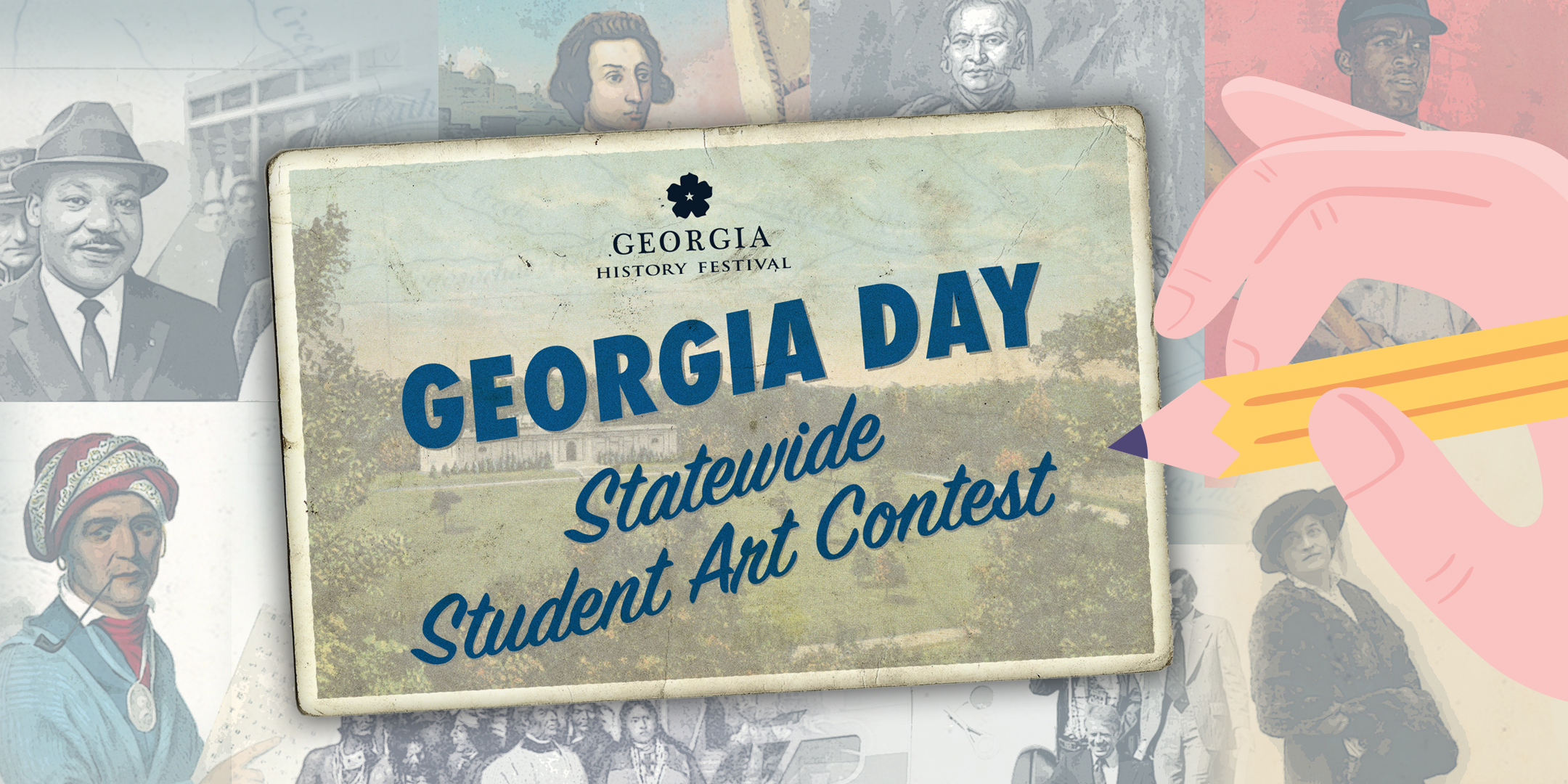 The Georgia Historical Society is pleased to announce the winners of the 2022 Georgia Day student art contest! Each submission was reviewed by GHS staff and judged for its use of Festival educational materials, original interpretation of the theme, creativity, and overall presentation.

Each February the Georgia Historical Society (GHS) commemorates Georgia Day, marking the anniversary of the founding of the Georgia colony in 1733. Georgia Day gives us a unique opportunity to consider what Georgia and Georgia history means to each of us. Georgia Day events, activities, and resources offer students across the state a chance to learn about Georgia’s past and express what they have learned in creative ways. Students who participate in the student art contest by interpreting the annual Georgia Day theme gain unique and engaging learning experiences.

In keeping with the 2022 Georgia History Festival (GHF) theme, “From Marshes to Mountains, Georgia’s Changing Landscape: Geography, History, and Community,” this year’s Georgia Day Statewide Art Contest and Georgia Day Parade Banner Competition are meant to challenge students to explore “Georgia’s People and Places.” Through creativity students were challenged to illustrate how historic Georgians have impacted the world around them and how they have been influenced by their own environments. 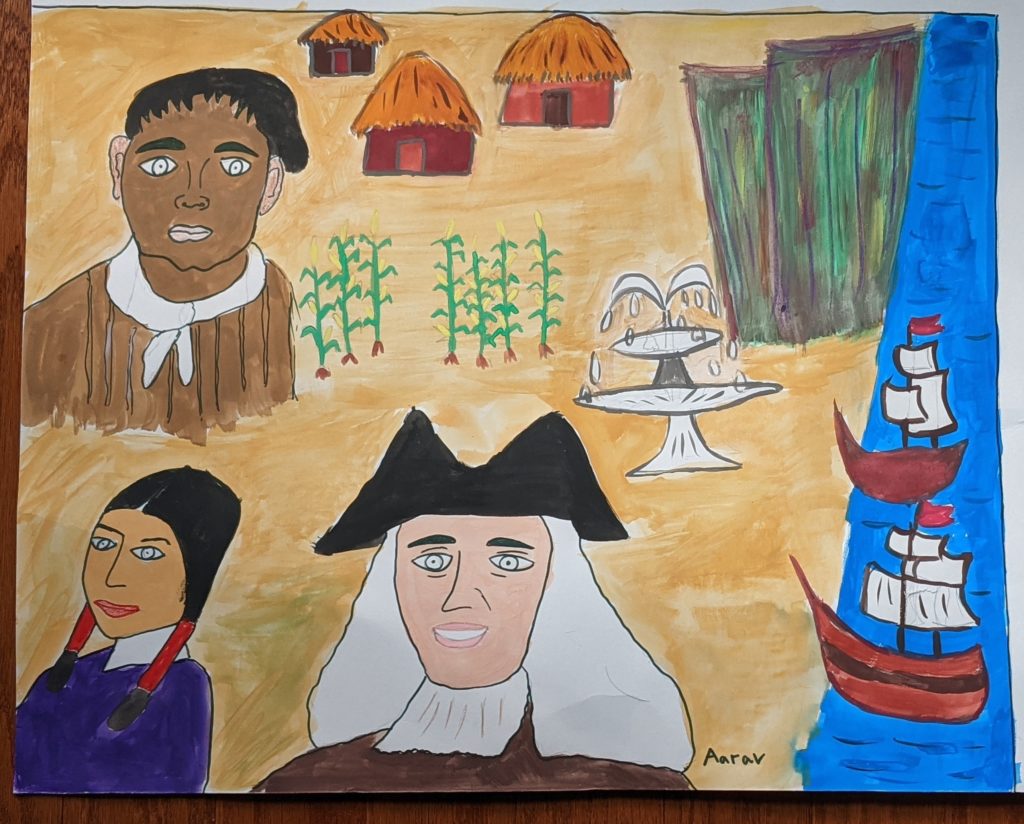 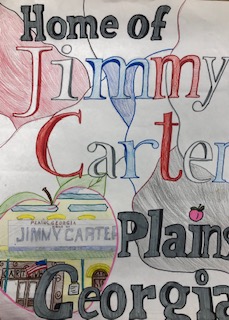 Jimmy Carter is from Plains, GA. He is a humanitarian and one of our great presidents who still lives in our state. I wanted to capture his city in my artwork. 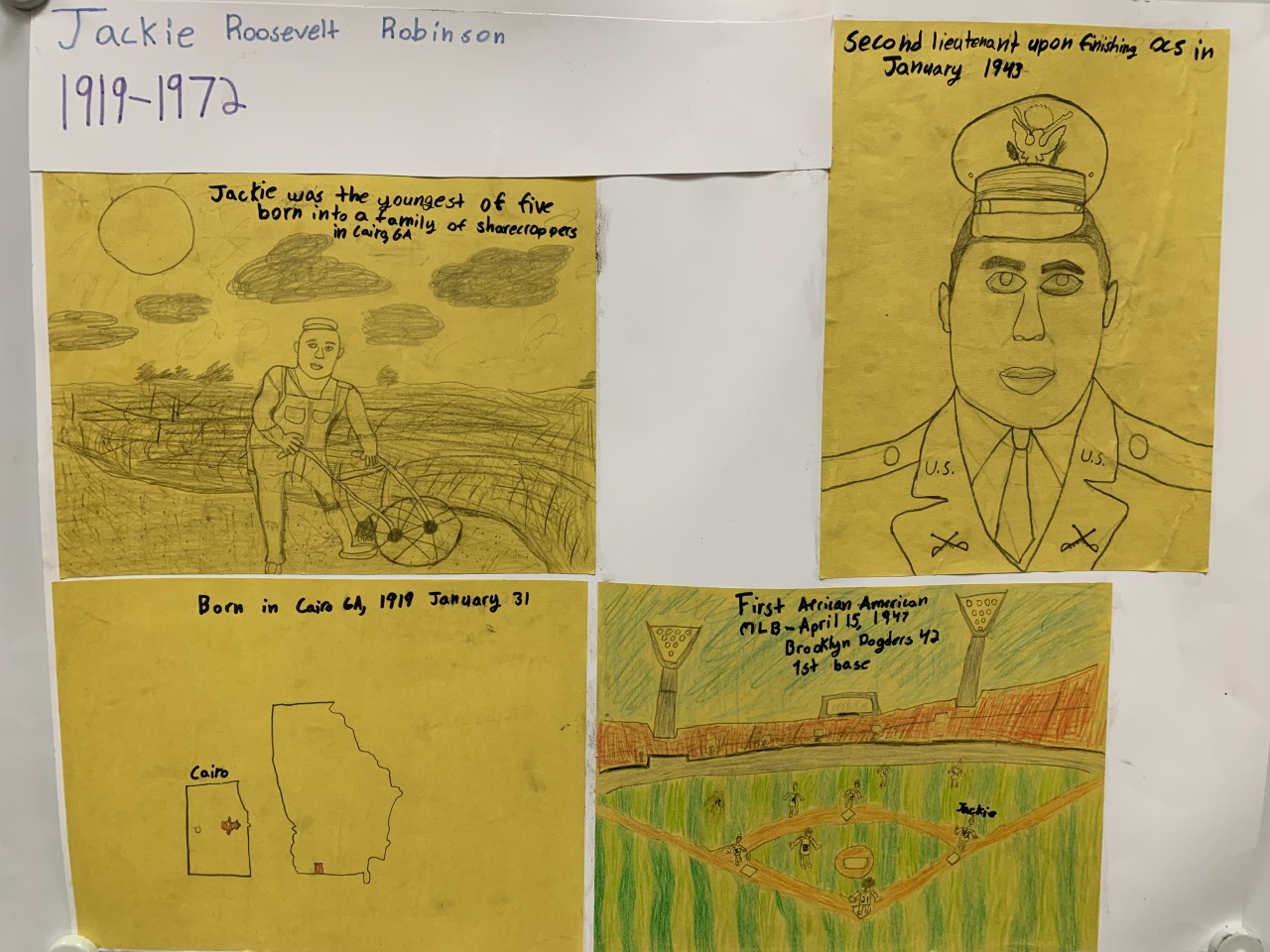 The Life of Jackie Robinson. 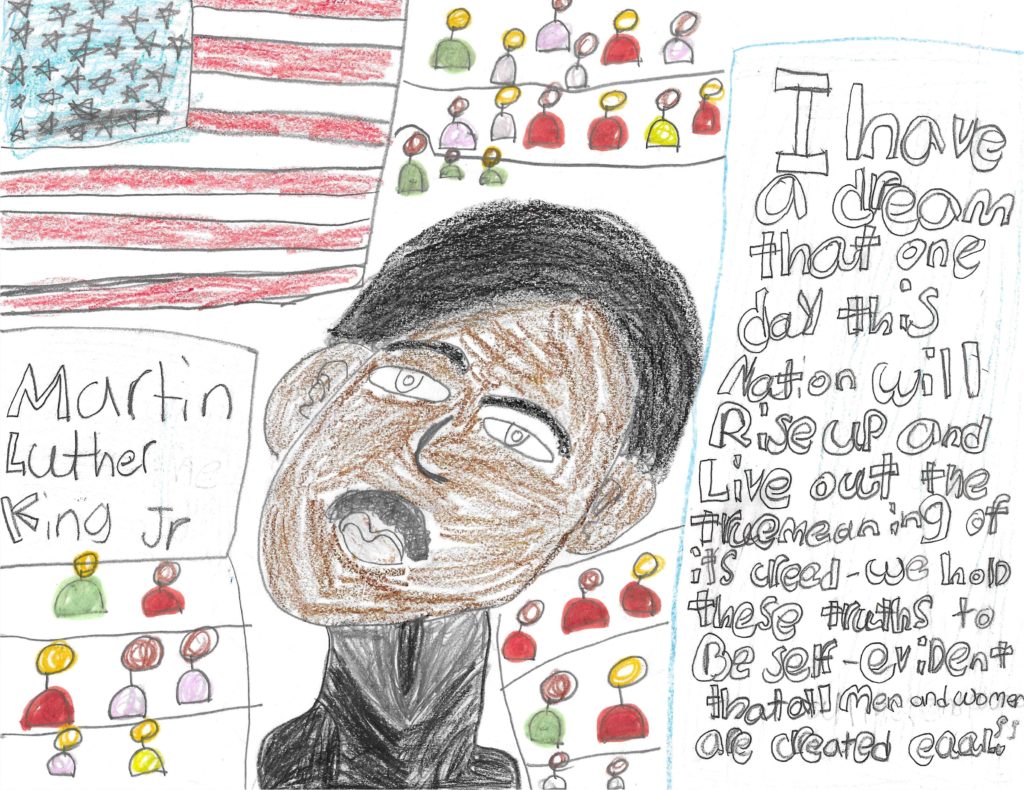 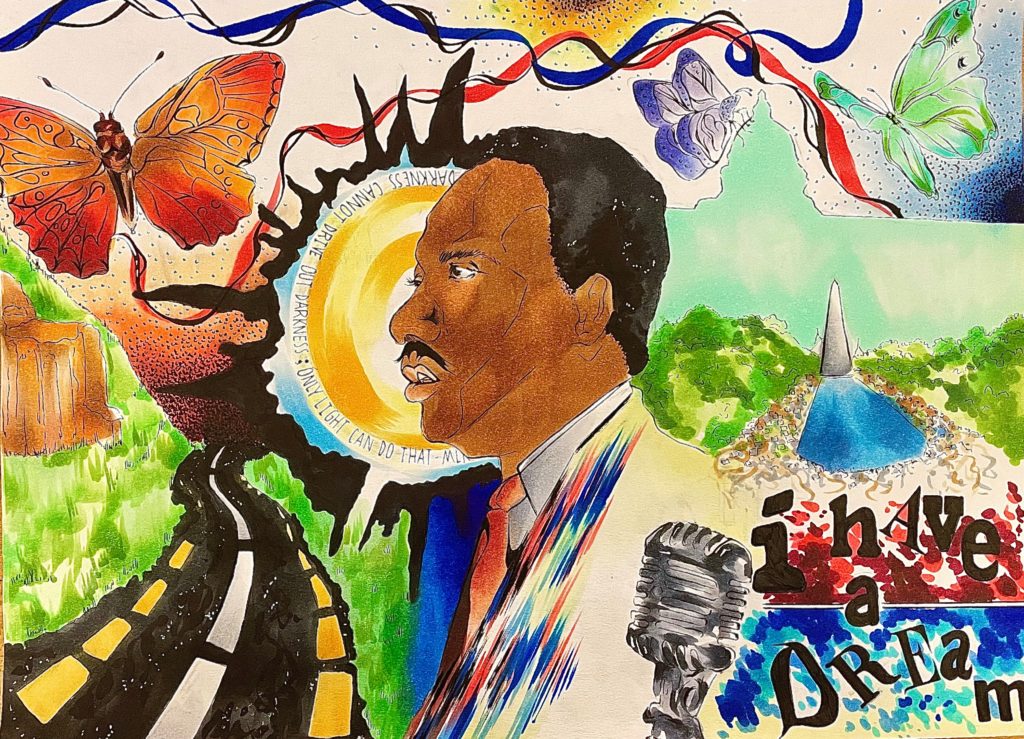 My artwork was dedicated to Martin Luther King Jr. and his profound role in Georgia’s civil rights. I used symbols like butterflies to represent the freedom and beauty that grows when equality flourishes. Venues, items, and quotes from his speeches were also vital parts of my art. Overall, Martin Luther King Jr. was a stellar leader who had a great impact in Georgia. 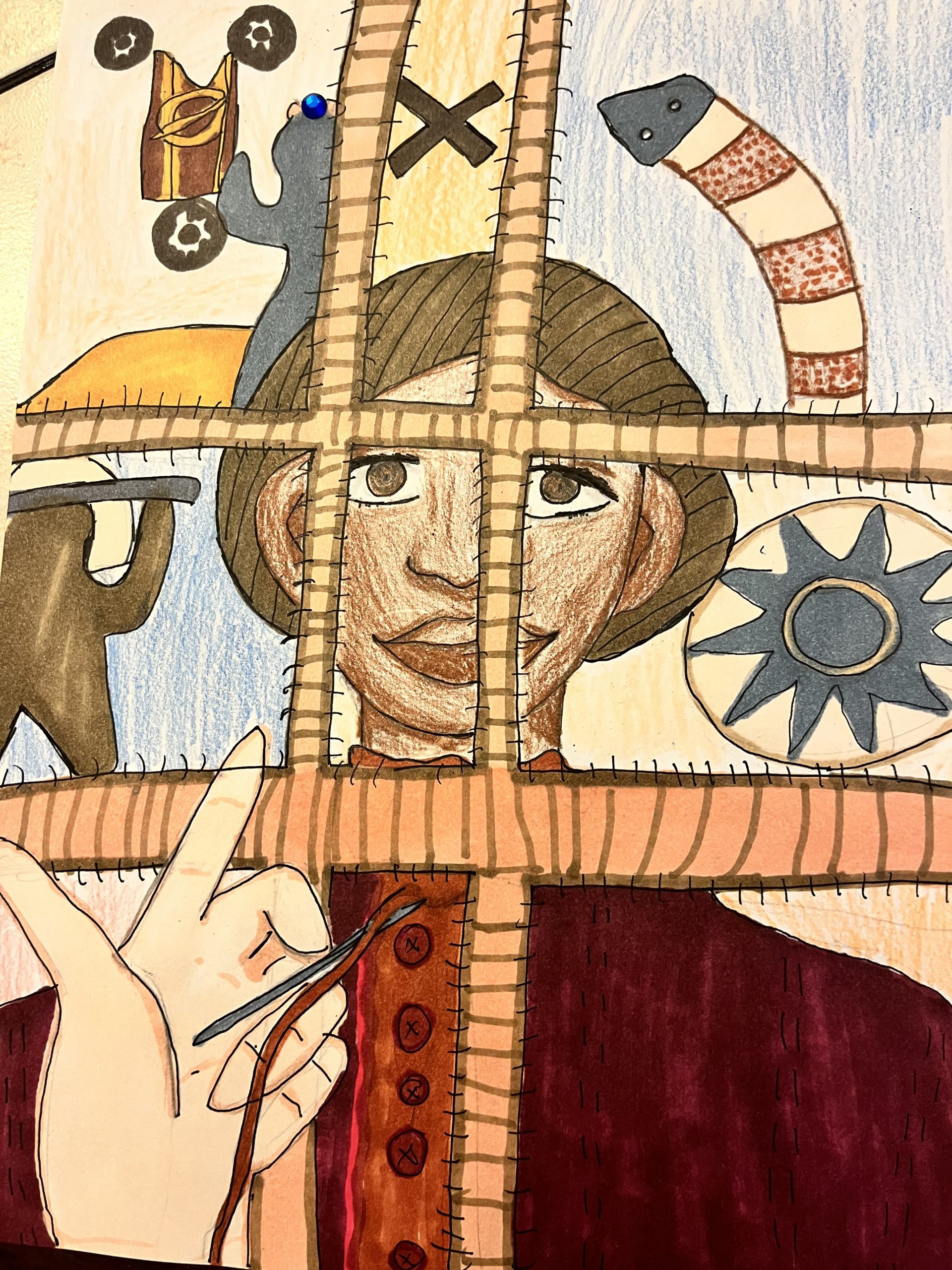 This piece of artwork that I drew is of Harriet Powers one of the many favorable quilt makers who was born and had died in Clarke County Georgia. I created this with multiple different symbols that she used in many of her quilts. I also decided to add her in the process because she deserves to be sewed into are lives as a inspirational and creative women. 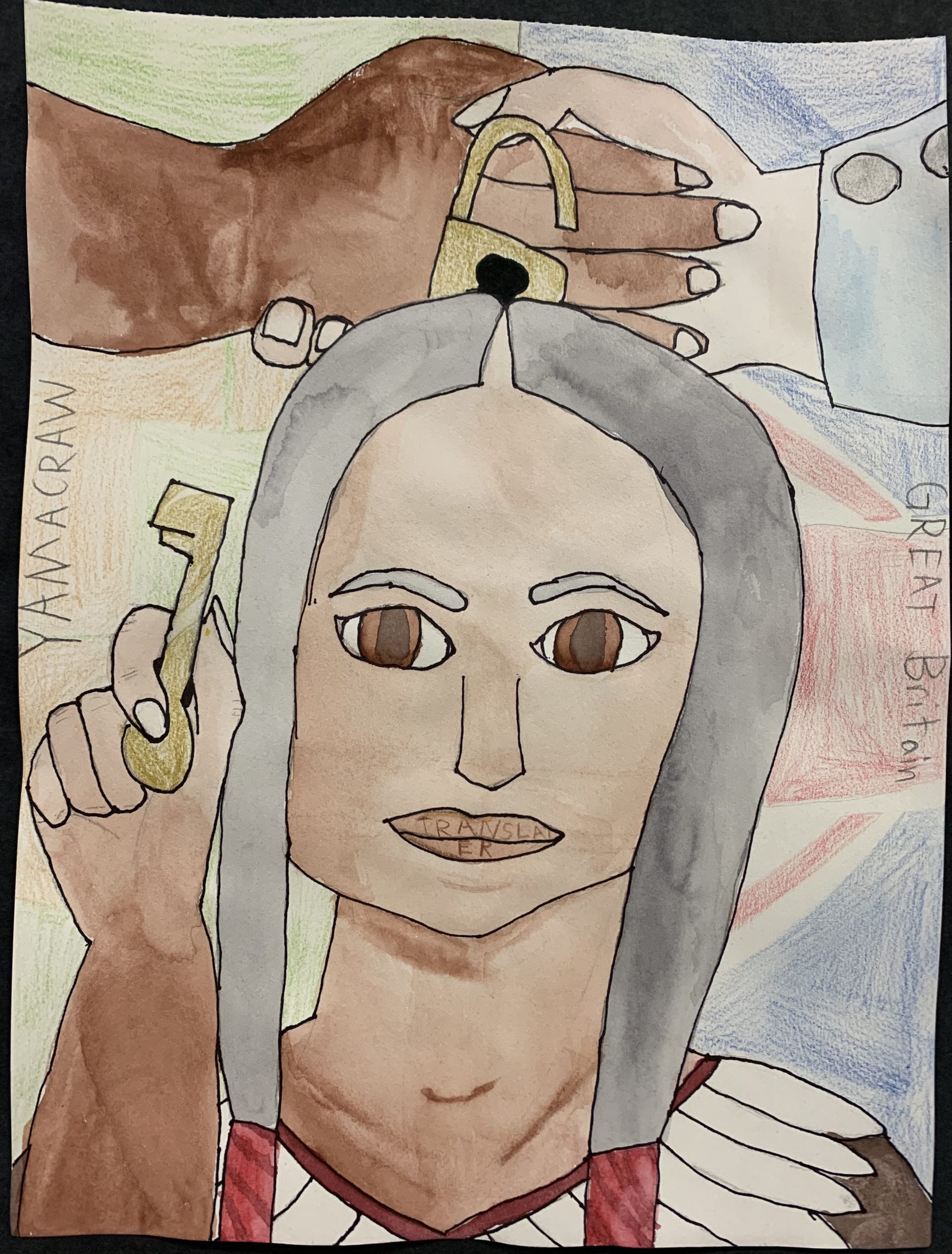 My art piece is of Mary Musgrove, the translator for Chief Tomochichi and James Oglethorpe. Mary is holding a key as a symbol that she was the key to a strong relationship between Great Britain and the Yamacraw. Mary Musgrove was half Yamacraw, represented by the Indian mounds to the left of her, and half British, represented by the flag of Great Britain to her right. 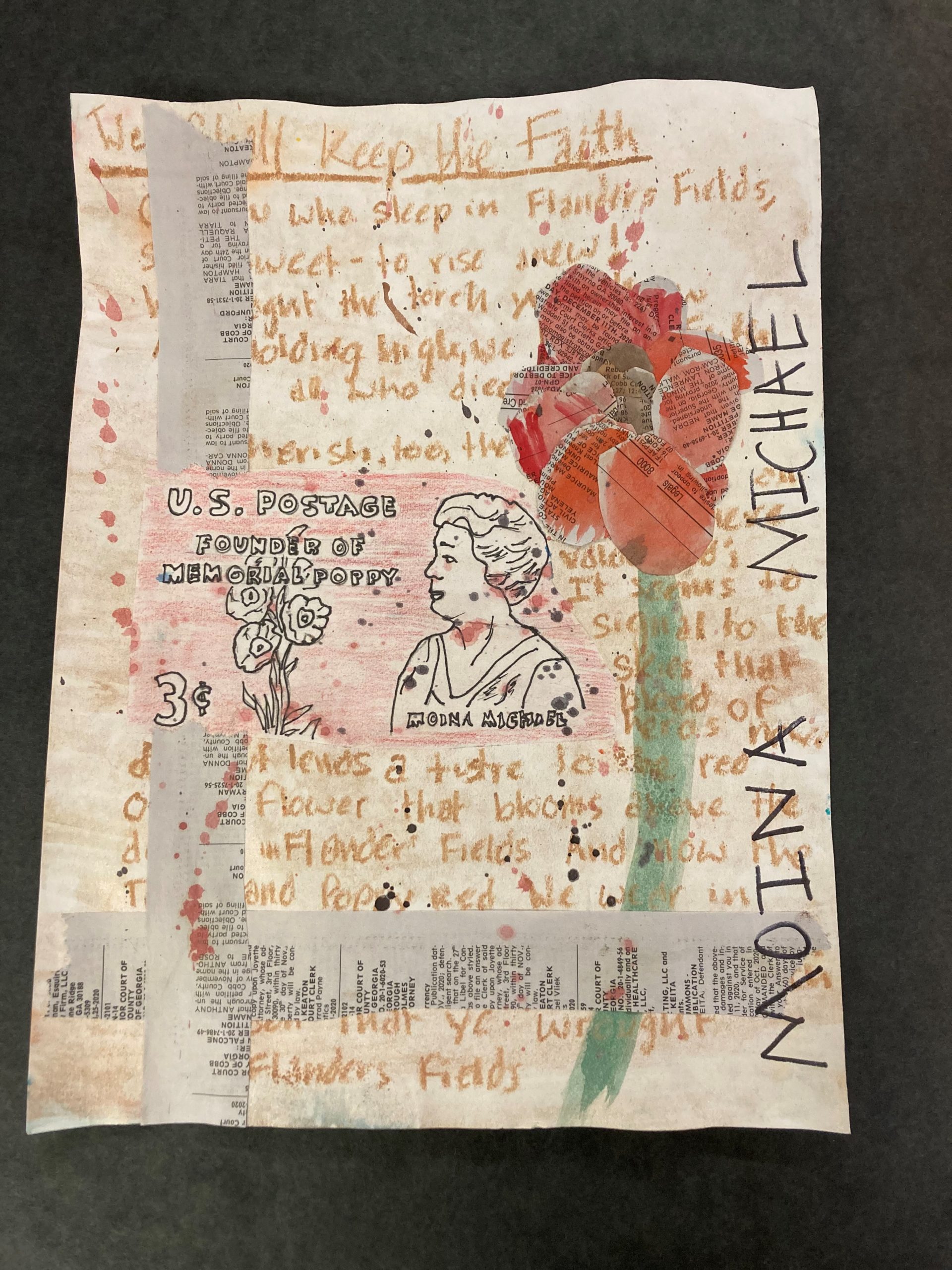 I used lots of poppies because Moina Michael coined the way we use poppies to remember the dead. In the background of my artwork I wrote the poem Moina actually wrote herself. I used more neutral colors so the red of the poppy would pop. I mainly did a collage because it’s one of my favorite forms of art. 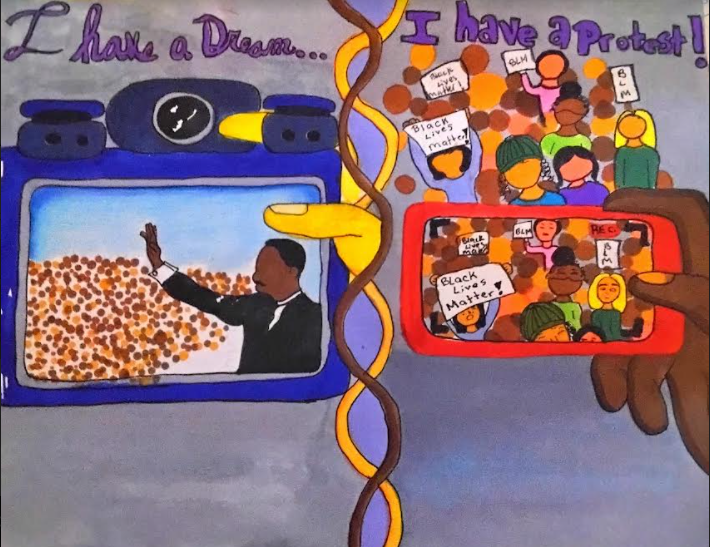 On the left is Martin luther king giving out his speech , and on the right is the protest of the Black lives Matter. This shows the difference that MLK made in the world/Georgia. And the swirly line in the middle of the page represents the two races, Black and White. And the cameras as you can see the MLK camera is like vintage, And the One on the right is like modern, and it also shows the difference in the time, of the MLK speech and the Black lives matter protest. 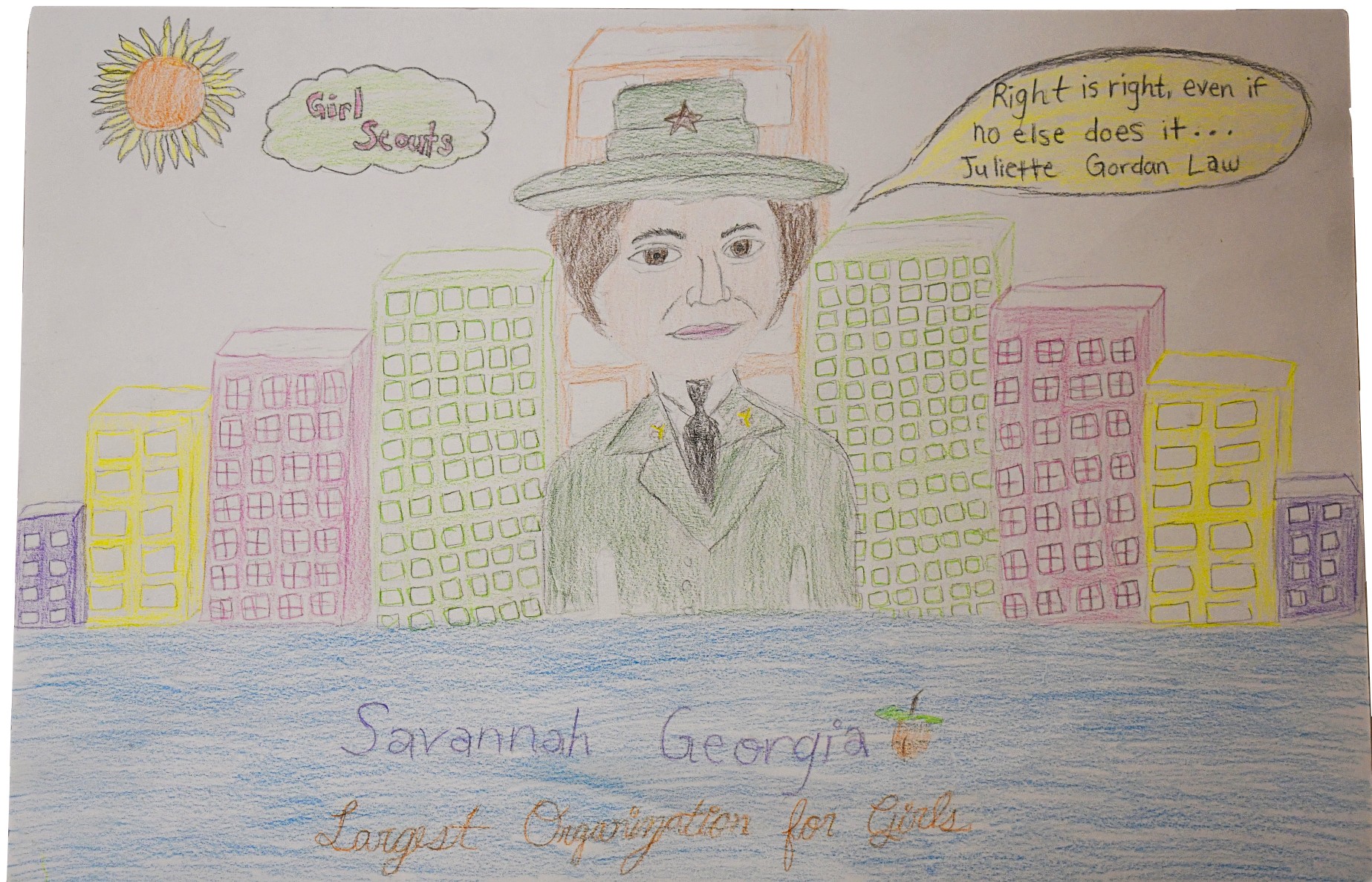 Artist Statement: Juliette Gordan Law was a woman who efficiently laid the foundation of girl scouts in Savannah Georgia. This is the largest and most successful girl’s organization in Georgia. 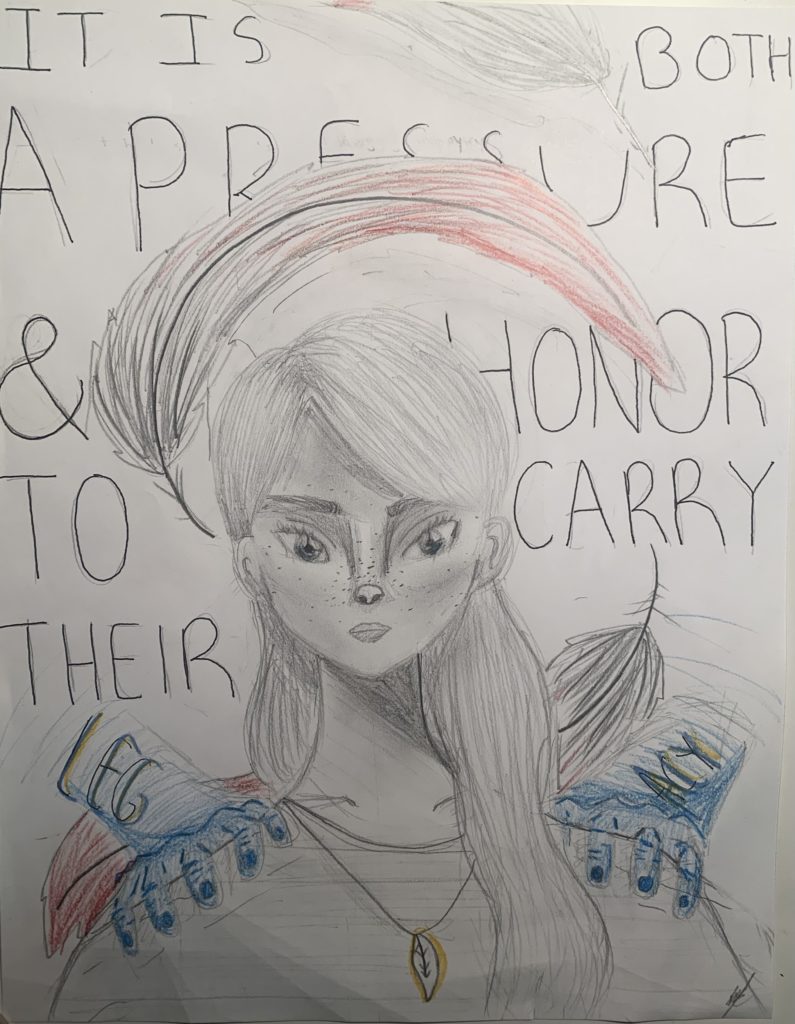 My artwork depicts the effects of the harsh treatment of the Cherokee Nation in the 19th Century, especially on today’s Cherokee youth. Starting the Trail of Tears, President Jackson sent military forces into the Cherokee Nation and commanded them to march the Cherokee people to new land further north, leaving behind their now Georgia-owned land. In addition to this loss, the Nation also suffered the loss of many of its people, as they marched long distances with little protection from the freezing winter. The loss of people brings about a loss of some culture and the loss of land brings about a loss of memory of these people. It is because of this that today’s Cherokee people feel not only a little pressured, but honored to uphold their traditions, customs, and culture with pride. Although most natives have conformed to the style of dress that most wear today, making it harder to pick a person with Native American heritage out of a crowd, they try their best to implement Native customs into every day life and often practice the same religions and understand the same languages at their tribes had in the past. In addition, they often become involved in national politics in an effort to defend their rights and their land. This can create a major hardship for today’s Native youth when trying to balance honoring their history and past through cultural practices and still trying to be a normal child and fit in. Hopefully my art piece displays this affliction and brings about change in the way that our country views and treats those of Native American decent and background. 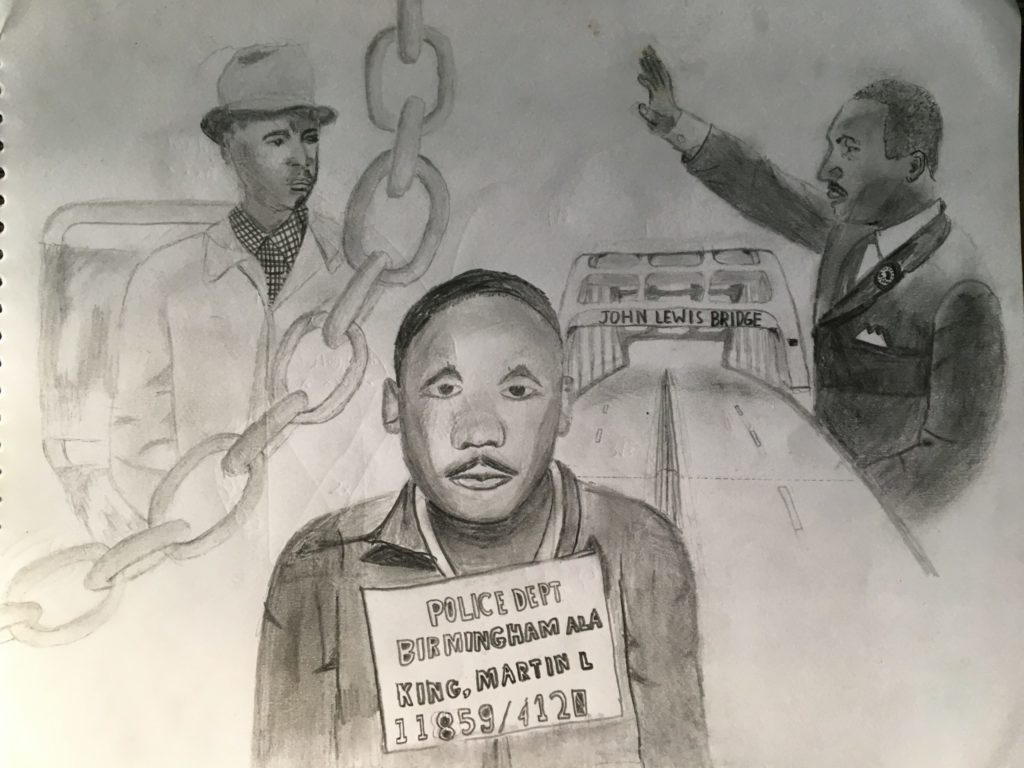 An illustrated timeline of Martin Luther King Jr showing the time of the boycotts, time in jail and his I Have A Dream speech. 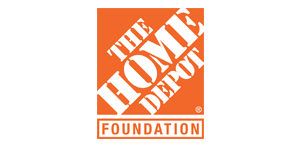