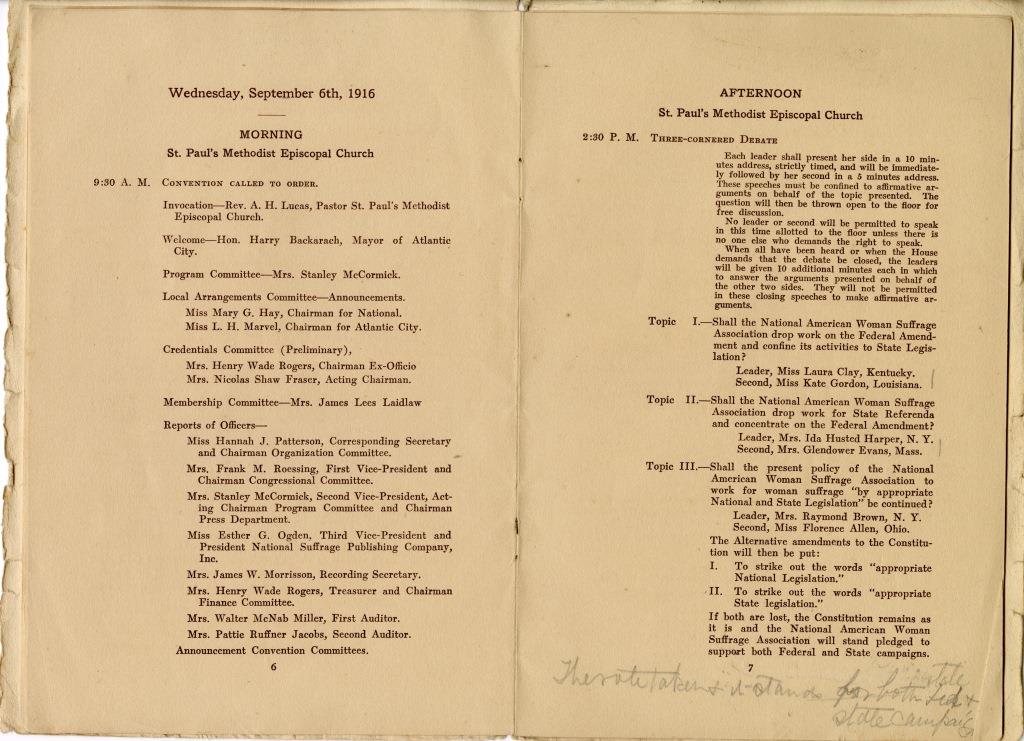 The NAWSA 1916 Convention program gives readers unique insight into debates that took place between suffragists about how their goals should be achieved. Suffragists did not always agree on the best way to secure voting rights for women. A “three-cornered debate” was presented at the NAWSA convention. The “three corners” referred to the different approaches to suffrage. Some were in favor of focusing on strategy to pass a federal amendment while others thought a state-by state-approach was best. Ultimately the women’s suffrage movement involved many strategies to win suffrage at both the state and federal levels.

Although members the of the organization had different ideas about how to win the vote for women, it was important for them to be united against the strong opposition they faced on many fronts. The purpose of the debate at the NAWSA convention was to decide which legal strategy the NAWSA was going to support officially.